The Circle Comes Together 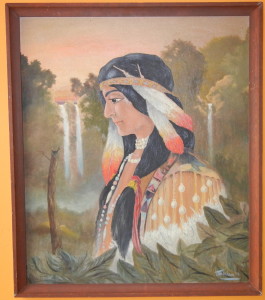 I see a time of Seven Generations when all the colors of mankind will gather under the Sacred Tree of Life and the whole Earth will become one circle again. – Crazy Horse, Oglala Lakota

I had a fun start to the day with my dumpster diving, was especially happy to find this wonderful Native American oil painting by Meacham ’72 in Madison, Wisconsin. (I don’t know who the artist is, if anyone knows something please contact me.) There was also an old white leather bible King James Version which translation I like the best (but I didn’t take it because there was mold all over it), some fine bone china tea cups, a tea pot, several spiral notebooks (unused with blank pages!), a 4-way lug wrench, and a cute little teddy bear with LOVE printed on it with hearts and an XOXO. 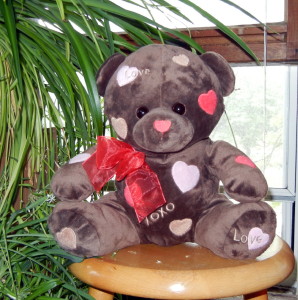 It is a really odd assortment to find today, because each item has deep meaning for me. On August 21, 1999 I had my crown awakening and dual visions came to me from Native American and Christian backgrounds. This surprised me very much, because I was neither Native American nor Christian, and I’ve been investigating for years where these came from. Only today, I realize where these visions come from, they are the common dream of the Oneness and anyone open to them can receive these visions and many do. Back then, I had an Eastern Star bible with white leather cover that my grandmother Vogel gave me, which I in turn gave to my sister Carolena for safe-keeping as she was Christian. My best friend Karen bought be a beautiful Flower of the Month tea cup service setting for 12, made of bone china from England when she visited there and shipped it to me at great cost… I loved that tea set but gave it back to her for safe-keeping when I let go all my possessions and went to live in Spain in 2001. The spiral notebook is related to my need to journal my entire spiritual awakening journey since it began and I continue with that today. My mentor BeiYin of Falconblanco whom I feel is very close to me now in spirit especially loved Teddy Bears.

The 4-way lug wrench was nice, but I already had one and as I had so much stuff to carry and it was heavy, I left it at the car wash for someone else who may need one. My brother James gave me one of these to put in my car for the long drive I took to move from Nevada to Florida, where I lived for some time before heading back to Wisconsin from where this awakening journey began. Today, it feels like I have come full circle. 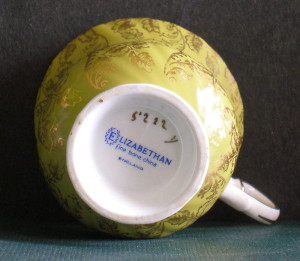 I just looked closer at the notebook and the teacups and see there is more synchronicity than I realized at first. The bottom of the bone china teacup, says it is Elizabethan Fine Bone China from England with the number 5’2 22 Y on it. I don’t know if that is a date or a pattern code. What relates to me is my middle name is Elizabeth and I am 99% European descent and mostly English and May 2nd is my birthday. 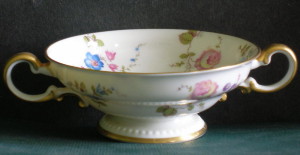 The other cup has flowers on it that remind me of the cups that Karen gave me. My favorite flower of month cup, was from May with the Lillies of the Valley on it.

The notebook image with the skeleton and the woman reminds me of metaphysical transformation process and the story of the White Buffalo Calf Woman:

“The traditional story is that, long ago, there was a time of famine. The chief of the Lakotas sent out two scouts to hunt for food. While the young men traveled they saw a figure in the distance and as they approached, they saw that it was a beautiful young woman in white buck skin. One of the men was filled with desire for the woman. He approached her, telling his companion he would attempt to embrace the woman, and if he found her pleasing, he would claim her as a wife. His companion warned him that she appeared to be a sacred woman, and to do anything sacrilegious would be folly. The man ignored the others advice.

The companion watched as the other approached and embraced the woman, during which time a white cloud enveloped the pair. After a while, the cloud disappeared and only the mysterious woman and a pile of bones remained. The remaining man was frightened, and began to draw his bow, but the woman beckoned him forward, telling him that no harm would come to him. As the woman spoke Lakota, the young man decided she was one of his people, and came forward. When he arrived, she pointed to a spot on the ground where the other scout’s bare bones lay. She explained that she gave him a life with her as he wanted. At this time, the woman explained that she was wakan/holy. She further explained that if he did as she instructed, his people would rise again. The scout promised to do what she instructed, and was told to return to his encampment, call the Council and prepare a feast for her arrival.

The woman’s name was Wankan Tanka, which translates to White Buffalo Calf Woman. She taught the Lakotas seven sacred rituals and gave them the chanunpa or sacred pipe which is the holiest of all worship symbols. After teaching the people and giving them her gifts, PtesanWi left them promising to return. Later, the story became attributed to the goddess Wohpe, also known as Whope, or Wope.

When Roman Catholic missionaries first came among the Lakota, their stories of the Virgin Mary and Jesus became associated with the legend of White Buffalo Calf Woman. The syncretic practice of identifying Mary with PtesanWi and Jesus with the chanunpa continues among Lakota Christians to this day.”

The story of PtesanWi is associated with the white buffalo.

WHAT ARE ALL THESE SYNCHRONICITIES ABOUT?

I recently listened to Robert Ogilvie Crombie reading chapter 7 of “The Piper on the Mound,’ from the book “The Magic of Findhorn” by Paul Hawken.

After I listened to this story and I saw many parallels in my own life, the long years of isolation and need to write everything down for so long. In 2005 while living in Ibiza, Spain in the Falconblanco community I started to be able to feel the energies in all kinds of objects. The first was the energy of the forest when I walked into it. Later, I could feel the earth energy vortices. Falconblanco was built on very strong ones. I was able to do this when my vibration increased, I only had to move around and feel the area and know where they were. I was surprised to later discover the strongest one was in the floor of my Casita, which was about the only thing left of the 800 year old ruin when Beiyin bought the place. 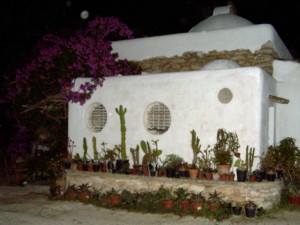 Around that time I had a vivid dream of an old man with white hair, long beard and mustache lying in a wheelbarrow sunbathing. It wasn’t just one man, the same person was duplicated in wheelbarrows covering many acres! After that I had the idea to do that outside, because when lying in metal, i understood it was about getting charged from the sun. I tried it once in a wheelbarrow but it was not comfortable. Next came the idea to try it in the forest. I found a perfect spot, brought a waterproof cloth to lie on and did that every day for some time — it felt sooo good! That part about the Glenn also hit home, there was a park called Parfrey’s Glenn which I loved and when I was in my tweens I would walk the 6 miles to it (one way) as often as I could and just hang out there. It was magical to me. There were all those elements in the story, bridges, waterfall, gorge, etc. I don’t remember if i ever threw a penny into the water and made a wish there either, but I know I often did that in other fountains. I never did make connection and speak with nature spirits in the way this guy in the story did, instead I received vivid dreams or waking visions. Very interesting story, it reminds me of how things repeat. 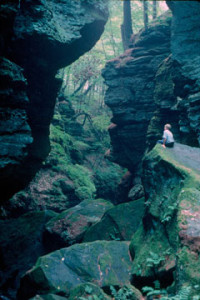 It was helpful to see two others (another person and the storyteller from Findhorn) having very similar experiences to myself, to realize the source of this dream. What occurs to me is this is the dream of creation – of the Oneness – and it manifests and gets expressed in many different forms and people over the years. The more open and receptive we are to manifest parts of that dream, the more one receives from it and has those experiences. I also understand that the learning, embodiment and synchronicities will increase as we move closer to the manifestation in Earth Reality of Oneness’ Dream of Creation.

These are wonderful times!

2 comments on “The Circle Comes Together”

Our Light Body by Betsy